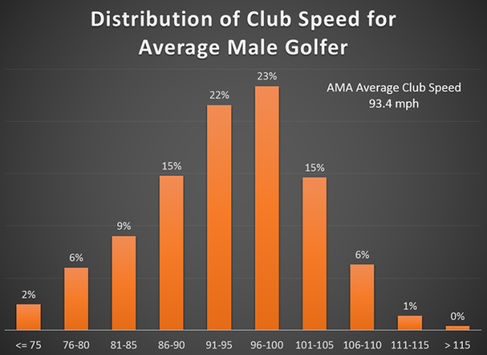 You may not hit it as far as you think you do...

Game Golf Live, a wearable real-time shot-tracking system that received Golf Digest's Editors' Choice for Best Game Analyzer, provided data regarding the average driving distance from rounds played in 2016 (April to September). Breaking it down in two divisions -- age and handicap -- here are the median driving distances from golfers across the world:
​ 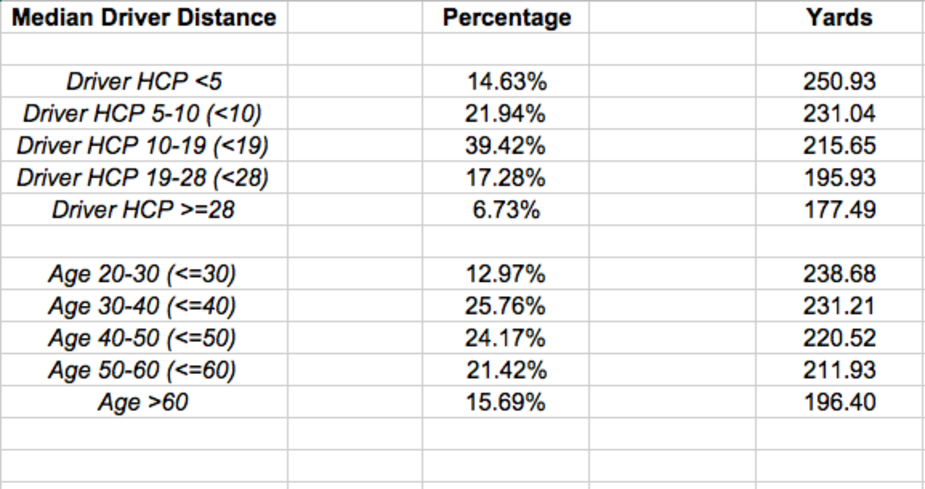 ​At its core, the median driving distance is 219.55 yards. Other club distances of note: the median 3-wood goes 186.89 yards, 7-iron clocks in at 133.48 yards and pitching wedge at a 73.97 mark. For what it's worth, golfers find the fairway 46.46 percent of the time.
Sure, the biggest yardage number (250) may seem puny -- especially when Henrik Stenson is outdriving that figure by 40 yards with his 3-wood -- but those stats are nothing to deride. However, it does illustrate that, while average golfers are getting it out there, worries about rising distances ruining the game are overblown (at least at the amateur level).
Proudly powered by Weebly